a year ago by Yuri Litvinenko • 7 min read

Digital archivists are saving cultural works stuck on computer CDs. How are they doing that—and whom?

With Encarta and its spin-offs, Microsoft was a major publisher of reference and education software. Yuri Litvinenko / 30pin

Compact discs were not originally meant to store computer programs. But when they were retrofit to do so in the late 1980s, their storage capabilities triggered a boom which reached software companies, traditional publishers and broadcasters alike. IBM, Microsoft and other were adopting printed materials to the new format and making their own made-for-CD publications. Throughout the 1990s, major media brands, like CNN, Time and National Geographic, appeared on titular CD-ROMs, with many more parties to follow.

The fact you didn’t have to insert a CD to read these words indicates what the fate of the medium was. CD-ROM publications were not destroyed by the Internet overnight, but it left them stripped off innovation by mid-2000s and turned them into a relic by the early 2010s. By now, optical disc drives have long stopped being a de facto integral part of any pre-made computer, and compact discs themselves, partially sold on a promise of durability and long storage life, have shown that the promise was not kept.

Encyclopedias, digital magazines, and other CD datasets became time capsules which represent the knowledge and viewpoints of yore­, say professionals interested in preserving old media. But they also see them as potential sources of research and creative inspiration­­­—and works which need to be not just saved but made once again accessible.

One of appeals of a CD-ROM format upon its introduction was the ability to store arbitrary data—and a lot of it, compared to floppy disks—as long as the information was in a digital, computer-read format. Importantly, CD-ROMs were gaining the foothold during the time when more computers could reasonably display rich graphics, play sounds and video clips. “Multimedia” was the buzzword of the coming decade, and in a few years, compact discs which enabled it “suddenly jumped from the obscure back pages of computer magazines to the front pages of the Wall Street Journal,” as described in 1995 by the late historian Roy Rosenzweig.

It wasn’t just the combination of different formats which made CD-ROM titles stand out, but the way the information was laid out and presented within the software—or, specifically, the fact there was no set way to do so. Most early reference CDs, like the 1987 Microsoft Bookshelf, were modeled after databases and help systems, but authoring software like Apple’s HyperCard and Macromedia Director allowed for a more open-ended approach.

The 1997 Immemory CD-ROM was one of cases where a creator—in this case, a French auteur Chris Marker—used the laser-read canvas to create a non-linear work which, per the retrospective in the Criterion Collection’s Current, let people “perpetually scratch at an ever-expanding surface” of his legacy.

Immemory was made in HyperStudio, a HyperCard-inspired program by Roger Wagner with a greater focus on painting tools. “Chris maxed out this program, using it to develop his full-length CD-ROM, using every bit available to him,” says Damon Krukowski, a musician and co-publisher of the Exact Change imprint which brought Immemory to the English-speaking audience.

The original English version of Immemory was made for Macintosh computers only. As Apple switched Mac’s operating system to a new codebase, it gradually removed components which made titles from 1980s and 1990s compatible with newer computers. In a rare case for the genre, Exact Change remastered the CD-ROM in 2008 to make it work on concurrent Macs, but further updates broke it once again. “It will not open on newer computers. And so far, all emulation programs we have tried have failed,” laments Krukowski in an email to 30pin.

(Centre Pompidou, which publishes Marker’s works in French, released their own, browser-based conversion of Immemory in 2011. Incidentally, the new release was built in Flash, a proprietary web plugin disabled by major browsers in 2016 and discontinued by Adobe in 2021. The Flash version was taken offline.)

“In some cases, the information is only available on that media,” says Seth Anderson, a software preservation program manager at Yale University Library, about CD-ROMs. He notes that the library’s optical disc collection, in addition to multimedia titles, includes conference proceedings, databases and other information which “may still have research value despite its age or format.”

According to the Yale Library website, more than 5,000 discs were once deemed valuable for acquisition—and Anderson’s unit works on making them available once again. To do so, the unit recreates the environment which CDs were supposed to run under, complete with old office programs and media players, and makes it accessible through a web browser. Anderson notes that the variety of CD-ROM materials poses the greatest challenge for the Digital Preservation Unit. “Identifying the dependencies of these discs is not something we can easily automate,” he says during an email interview with 30pin.

The library and its Emulation-as-a-Service Infrastructure (EaaSI) partners make old software accessible by running it on a remote computer, with the web browser serving as a terminal. Another way to put the software on the web is to put an emulator into the browser, with a remote server being used for downloads only. The Internet Archive, a digital library best known for its Wayback Machine project, used this alternative technology, dubbed Emularity, to make Apple II games, Flash animations, and other titles freely accessible from virtually anywhere.

Using the same technology to emulate CD-ROM publications is hard due to the manifold increase in size, says Jason Scott, an Internet Archive archivist. “We have been able to have a million simultaneous users, but some of those users have a terrible experience,” he says. During a Zoom call, he explained than the Archive’s solution downloads the entire image to the visitor’s machine, which then has to be powerful enough to emulate an old system. “If your car is terrible, the show is terrible,” Scott says, as he compared EaaSI and Emularity to a movie theater and a drive-in respectively.

CD formats themselves are not making things easier, says Scott: “Formats which worked in 1989 do not work the same as in 1995. Software that pulls the CD usually knows this, and can usually work with it, but you can be surprised later. There are also bizarre hybrid formats where music tracks and data live on the same disc… Sometimes it would work, sometimes it wouldn’t, and sometimes they just didn’t do what they were supposed to.”

Opposite the Editorial | Jason Scott: For Some Software, “There’s No Clearing House”

Despite the challenge of emulating CD-ROM titles, Scott finds it important to copy them and make them viewable on the Archive. He says he have personally imaged 5,000 or 6,000 CDs. “Fundamentally, for at least 20 to 25 years, they were perceived as one of methods of providing information services,” he says, adding that “it’s vital, to the best of our abilities, to make as much of it accessible both as its own separate package and as a searchable product.” The Archive’s contributors, including this article’s author, uploaded more than 46,000 software CD-ROMs to its servers.

Compact disc software was always at odds with the connected world. While the early web couldn’t compete with multimedia features of CD-ROM titles, it surpassed them with greater interconnectivity, the sheer wealth of information, and a relatively low cost of access. Dr. libi rose striegl, a Media Archaeology Lab manager at the University of Colorado Boulder, describes that a potential of the CD format was discovered “[just as] we realized we could do basically the same things online with freer access.”

CD-ROM titles couldn’t compete with the web for the ability to present the most recent information to date. Encyclopedias like Microsoft’s Encarta and the CD version of Britannica were published in annual editions, and while they could be updated over the Internet, said updates were nominal compared to what you were getting for buying a new volume. As people were getting rid of last-year editions as they were buying more recent ones, CD-ROM encyclopedias lacked the “inherent need to be kept,” as Scott puts it. He notes, however, that publications—both digital and printed—serve an important function for people researching past time periods “who want to know what was the information in that time.”

Electronic encyclopedias are “like snapshots taken at the time of publishing,” says Tianyu Ge, a graduate student at Virginia Tech. His Master of Fine Arts thesis, Encyclopedia Mundi, draws a direct inspiration from 1990s CD-ROM encyclopedias, complete with user interface elements inspired by old versions of Windows. After showing his work-in-progress on Twitter, he explained to 30pin that Encyclopedia Mundi will be presented to an audience as an unknown piece of software found on an old used PC. “If the audience decides to explore further, they would be able to piece together, among other things, information about the fictional developers,” Ge says in an email. The content of Encyclopedia Mundi, he notes, would be generated by the GPT-2 neural model, to “act against the software [and] subvert the previously established supposition.”

Optical discs themselves—old, fragile, and growingly inaccessible types of media—might have fallen out of widespread use. But striegl, who’s an artist as well as educator, sees a potential interest in the static nature of information which they represented: “The ability to update and correct information afforded by browser-based access is a boon, but having a material thing that could be distributed has been lost.”

Thank you for reading 30pin! Stories like these take a considerable amount of time and effort, considering the small scale of this publication. You can help us cover the costs of original reporting by becoming a 30pin member or making a one-time payment. And by subscribing to a Web Monetization provider like Coil, you can help 30pin and other resources, including non-profits, as you browse them.
The link has been copied!
More on Computers 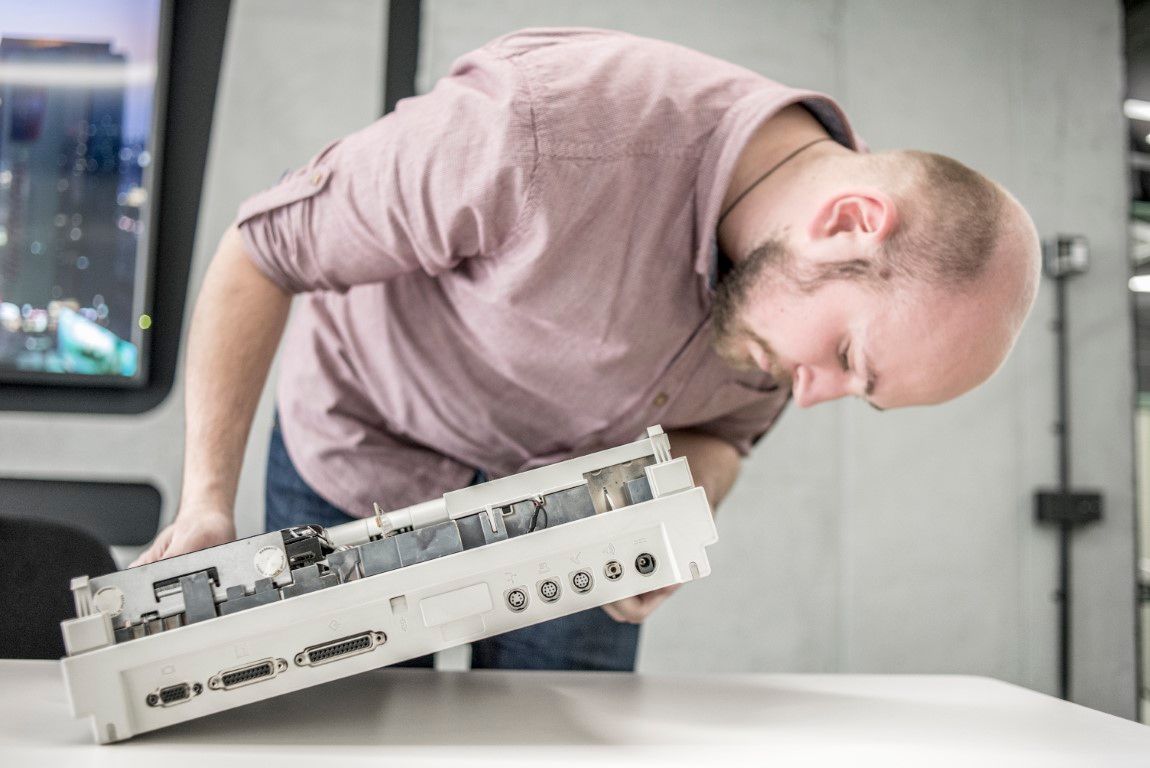 For Some Software, “There’s No Clearing House” 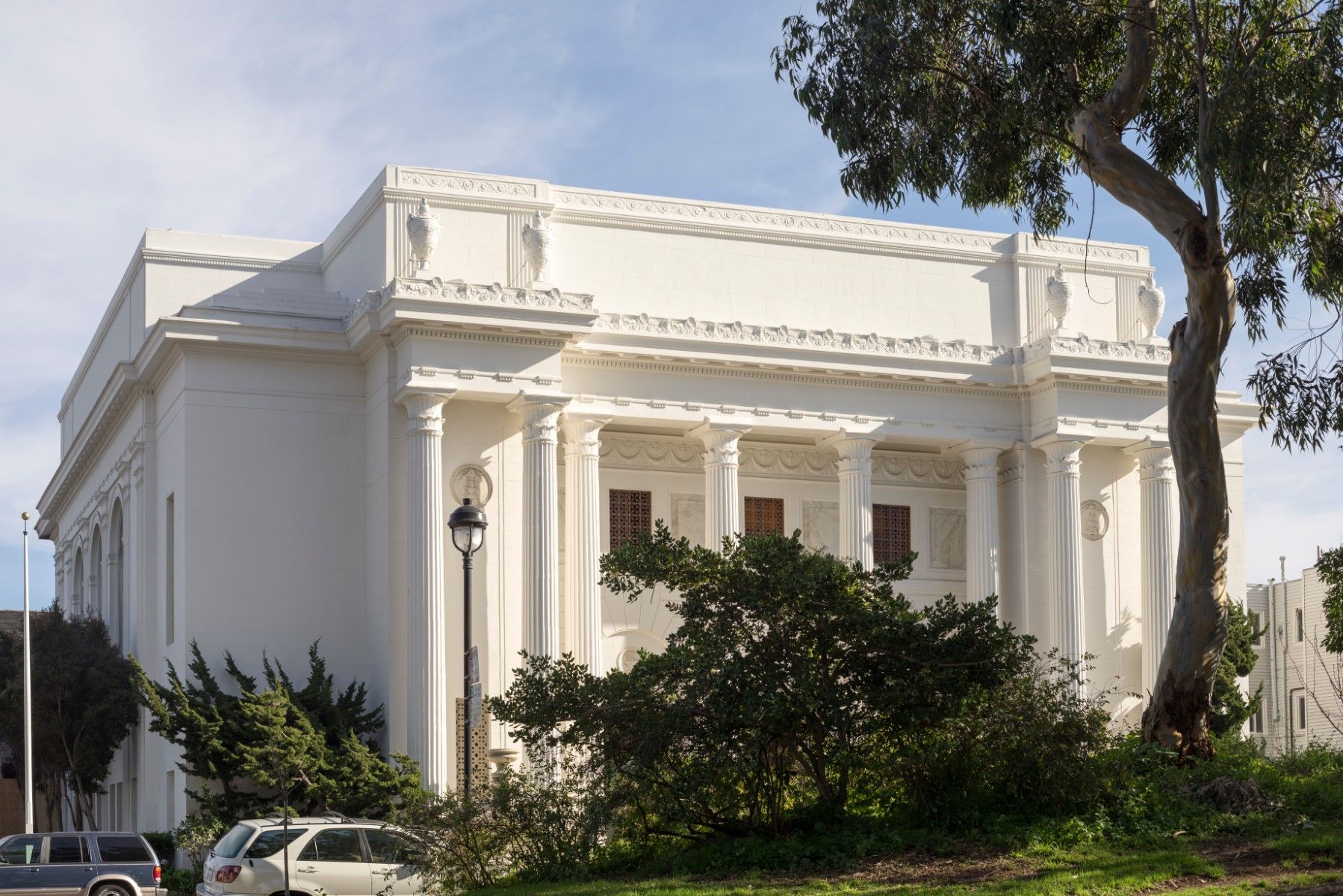