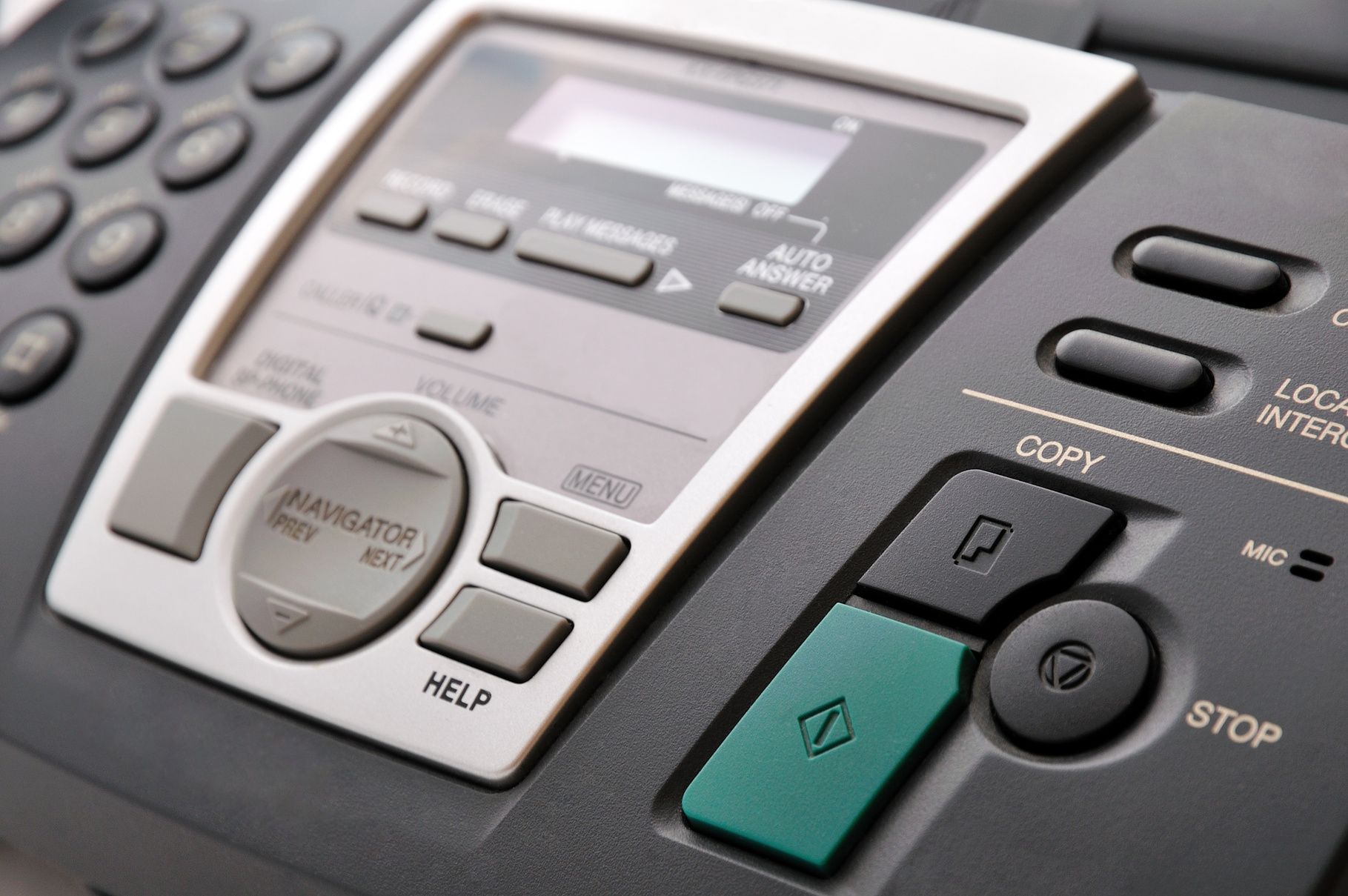 Why Do People Still Use Fax Machines?

The fax machine is a symbol of obsolete technology long superseded by computer networks—but faxing is actually growing in popularity.

This article from February 2019 was originally published on The Conversation. It’s released under a Creative Commons Attribution-No Derivatives 4.0 license which allows republishing. It has been slightly updated to reflect changes in time.

Five years ago, I wrote a history of 160 years of faxing, saying my book covered “the rise and fall of the fax machine.” The end I predicted has not yet come: Millions of people, businesses and community groups send millions of faxed pages every day, from standalone fax machines, multifunction printers and computer-based fax services. It turns out that in many cases, faxing is more secure, easier to use and better suited to existing work habits than computer-based messaging.

Faxing remains alive and well, especially in Japan and Germany—and in major sectors of the U.S. economy, such as health care and financial services. Countless emails flash back and forth, but millions of faxes travel the world daily too.

A worldwide survey in 2017 found that of 200 large firms, defined as companies with more than 500 employees, 82 percent had seen workers send the same number of, or even more, faxes that year than in 2016. A March 2017 unscientific survey of 1,513 members of an online forum for information technology professionals found that 89 percent of them still sent faxes.

The persistence of faxing—and the people who send faxes—is in part because the fax industry has adapted to accommodate new technologies. Fax machines still dominate, but both surveys suggested users were shifting to computer-based services, such as fax servers that let users send and receive faxes as electronic documents. Cloud-based fax services, which treat faxes as images or PDF files attached to emails, are also becoming more popular. These new systems can transmit faxes over telephone lines or the internet, depending on the recipient, handling paper and electronic documents equally easily.

Fax’s longevity also benefits greatly from reluctance—both legal and social—to accept email as secure and an emailed electronic signature as valid. Faxed signatures became legally accepted in the late 1980s and early 1990s in a series of legal and administrative decisions by state and federal agencies. The Electronic Signatures Act in 2000 also gave digital signatures legal power but institutional and individual acceptance followed only slowly—if at all.

Even parts of the federal government preferred faxes over email for many years thereafter. Not until 2010 did the Drug Enforcement Agency allow electronic signatures for Schedule II drugs like Ritalin and opiates, which comprised about 10 percent of all prescriptions. That meant a pharmacist could accept a faxed prescription but not one scanned and sent by email.

The most recent FBI Criminal Justice Information Services policy allows faxing from physical fax machines without encrypting the message, but demands encryption for all email and internet communications, including cloud-based faxing. It’s much harder to intercept faxes than unencrypted email messages.

Another reason faxing hangs on is because competing technologies are weak. The health care industry generates huge amounts of data for each patient. That should make it fertile ground for a fully digital record-keeping system, “where data can flow easily between patient, provider, caregivers, researchers, innovators and payers,” as Seema Verma, the head of the Centers for Medicare and Medicaid Services, put it in a speech earlier this year.

Federal privacy laws and deliberately incompatible standards, however, stand in the way. Immediately after the passage of the 1996 Health Insurance Portability and Accountability Act, fax vendors retooled their transmission, reception and storage systems and procedures to protect patients’ personal records. Specifically, HIPAA-compliant fax systems ensure the correct number is dialed and limit who can see received faxes. Digital patient-information systems have struggled to meet the same standards of administrative, technical, and physical security.

The Obama administration spent more than $25 billion encouraging doctors and hospitals to adopt electronic medical records systems. Crucially, rather than forcing competing systems to be compatible in order to receive federal support, the administration believed the market would decide on a standard to communicate.

What actually happened was that competing companies deliberately created incompatible systems. Doctors’ offices and hospitals that use different records databases can’t communicate with each other digitally – but they can via fax. For many medical professionals, particularly independent physicians, faxing is far easier than dealing with expensive, hard-to-use software that doesn’t actually do what it was supposed to: securely share patient information.

One more personal factor preserving faxing is users’ reluctance to change. Small businesses who find that faxing meets all their needs have little reason to spend the money and effort to try a new technology for document exchange. Every company that prefers faxes inherently encourages all its customers and suppliers to keep faxing too, to avoid messing up existing ordering processes.

It’s important to remember, too, that fax machines and multifunctional printers with a fax capability provide an inexpensive backup capability in case of technical problems with an internet connection, or even a cyberattack, like the Russian attack on Estonia in 2007.

Absent a compelling reason or some management or government mandate, people often don’t change technologies. This is true beyond faxing: I drive a 2005 Camry. There are plenty of cars that are better in some way – safer, more fuel-efficient, more comfortable – but so long as the Camry passes state inspections and performs adequately, I can avoid the challenges and costs of buying a new car and learning how to use its new features.

Faxing is still popular overseas, too. In Britain, the 2000 Electronic Communications Act encouraged but did not explicitly authorize electronic signatures. In 2018, urged partly by the European Union’s promotion of electronic identification, the British Law Commission concluded that electronic signatures were indeed legal but needed significant promotion to increase their acceptance and use.

Nevertheless, faxing continues because it remains better – cheaper, more convenient, more secure, more comfortable – than the alternatives for many people, businesses and organizations. Faxing will remain important until transmitting digital data becomes easier and more accepted. That could be a long way off, though. U.S. federal initiatives are trying to make medical records systems more compatible, but no one has yet been hired to take a key leadership position at CMS.

Eventually the older generation of people more comfortable with faxing than emailing will fade away. Until then, however, fax machines will whirl away.

The link has been copied!
More on Syndication 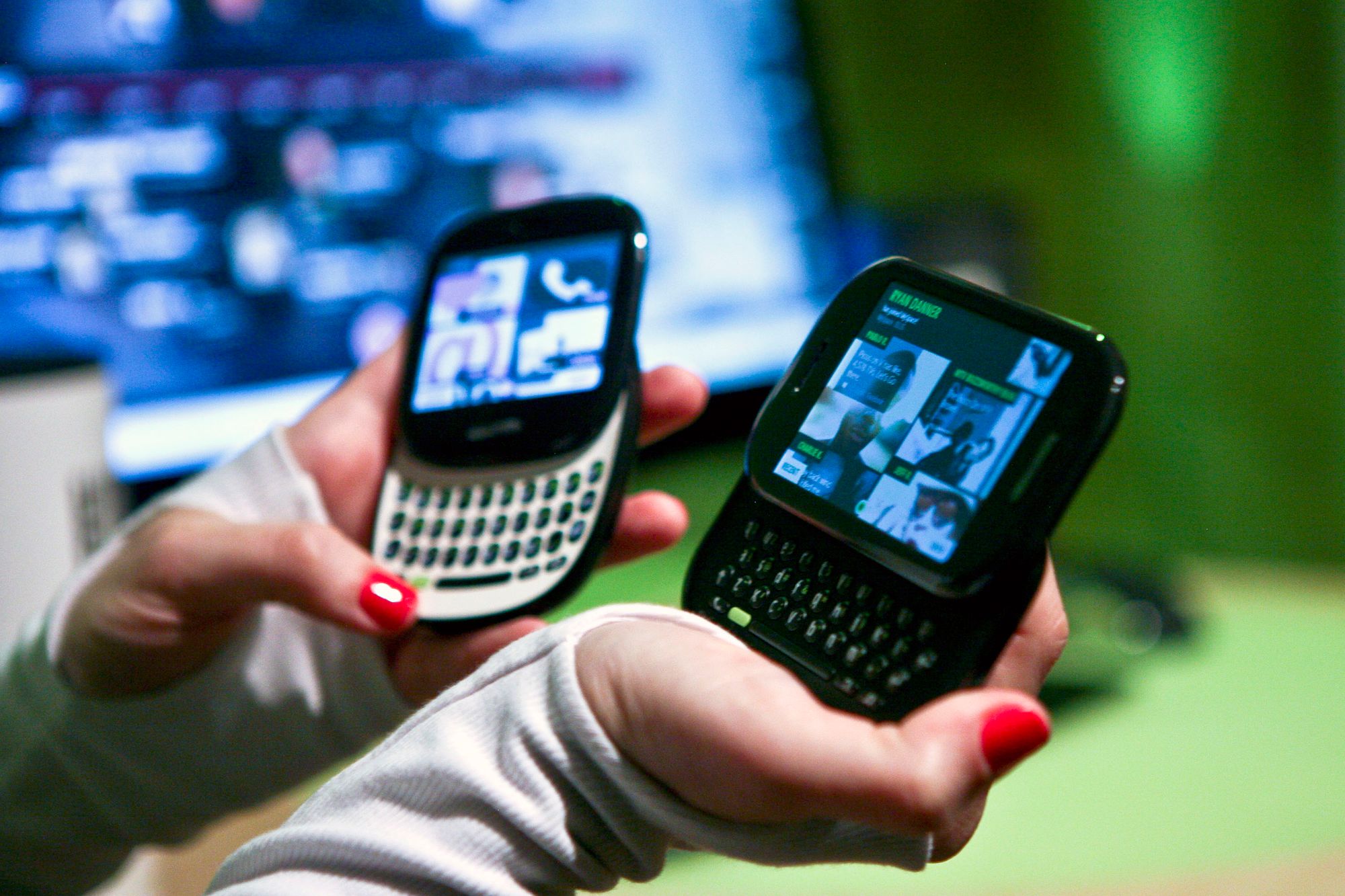